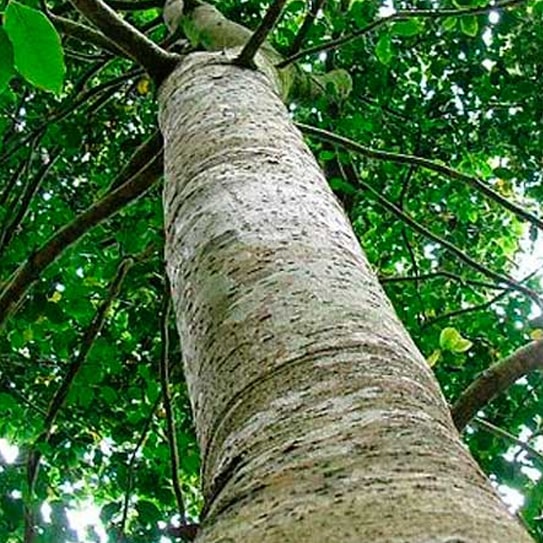 Our copaiba oil (Copaifera officinalis) is wild harvested and complies with all national and international exploitation permissions (a threatened plant in CITES list). It comes from forestry work with Amazonian communities in Pucallpa – Peru.

At AMAZON ANDES we are producers, suppliers and exporters of products derived from Copaiba resin. We offer wholesale prices for importers and distributors. We are suppliers of the best raw material from the Andean-Amazonian area in Peru.

We have HACCP and GMP certifications plus FDA certified facilities. We also offer the EOM service or private label for Copaiba Oil, if you are seeking for the best supply of Copaiba.

Batch certificates of analysis and samples are available.

We are the best  alternative from origin. The best 100% pure Copaiba Oil supplier.

CONTACT US
ORIGIN OF COPAIBA OIL
Copaiba oil (Copaifera paupera, Copaifera officinalis) is a resin extracted from a tree of 20-30 m in height located in the Peruvian Amazon in the departments of Ucayali (Tahuania- Atalaya), Madre de Dios, Loreto and abundantly, in the lower Huallaga. In the Brazilian Amazon it’s in the vicinity of the Acre River.

The quality of our products reflect the complete organic process of copaiba oil ; beginning with our growers in the amazon zone(Pucallpa in Peru). 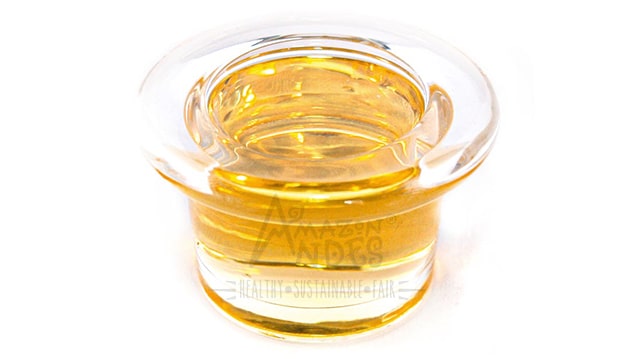 COPAIBA OIL: TRADITIONAL USE
Some of the various medicinal properties of Copaiba oil have been studied for their activities: antiseptic, antioxidant, healing and anti-inflammatory analgesic. Has traditionally been used as a natural treatment for some diseases, being first mentioned in 1534 in a letter to Pope Leo X, it was attributed wound healing effect, the use of copaiba oil is both ancient and much disseminated. Copaiba is the name commonly refers to the whole copaifera gender has an indigenous origin: "Cupayba" meaning "tree of deposit" the virtue of the oil it contains and the natives attributed its medicinal properties, the term Copaiba was first used by the German botanist Georg Marcgrave in 1628, and whose insights and notes served as a base because in 1760 the botanist and biologist the Austrian Nikolaus Joseph von Jacquin w performed mada a detailed study of the species for Marcgrav.

BENEFITS OF COPAIBA OIL
DIGESTIVE FUNCTION
It stimulates and protects the digestive system, making its functioning better and better and regulating metabolism, to the benefit of a proper digestive process. For this reason, it is used and consumed as a natural purgative, it is recommended to dilute ten drops of Copaiba oil in half a glass of water, it can be drunk up to three times a day. In this way, we will avoid resorting to commercial laxatives that in the long run only harm our health.
RESPIRATORY SYSTEM
It is anti-septic of the respiratory tract and is excellent as an expectorant, and helps in the treatment of bronchitis, pneumonia, asthma, cough, sinusitis, rhinitis, tonsillitis, colds and inflammation of the throat, because it unclogs the pulmonary alveoli and vessels.
URINARY SYSTEM
It is anti-septic, promotes the cleaning of the ureter, prevents urinary infections and cystitis (acute or chronic inflammation of the bladder), urinary incontinence, helps and prevents stones in general and mucus in the bladder.
STRUCTURAL SYSTEM
Strengthens the bones avoiding osteoporosis. Due to its great anti-inflammatory powers to counteract chronic pain, which is ideal for keeping joints in excellent condition. Helps to eliminate muscle pain in the spine, joints, osteoarthritis and arthritis.
IMMUNE SYSTEM
It is the most powerful antibiotic known, prevents and eliminates inflammation and disease and strengthens the body's defense systems.
CIRCULATORY SYSTEM
Copaiba oil helps to lubricate and unclog arteries and veins, favoring proper blood circulation and, in general, better oxygenation, regenerates vessels, which is why it is preventive and effective in cases of varicose veins, strokes and heart attacks and is optimal in the balance of cholesterol and triglycerides. Laboratory studies at the Federal University of Pará, by the neuroscientist Wallace Leal, show that it helps in the treatment of those who suffered a stroke, AVC.
HEMORRHOIDS
With 20 or 30 drops of oil and a few others of Sangre de Grado, you can make sitz baths (it is recommended that the drops be applied in equal parts to achieve better results). In this way, inflammations caused by hemorrhoids, cystitis and even vaginal infections can be prevented and relieved.

USE OF COPAIBA OIL

Oral route: For gastric ulcer: Take 3 to 5 drops of copaiba oil dissolved in ¼ glass of water three times a day before meals on an empty stomach.

In skin conditions: Apply directly by carefully massaging the affected area twice a day, in the morning and before going to bed.

Laxative: This medicinal plant is used as a purgative and as a mild laxative, you should take 5 to 10 drops of essential oil, diluted in half a glass of water at least three times a day.

Healing: The resin known in many places as copaiba balm, can be used on wounds and in specific treatments to combat gonorrhea, pulmonary catarrh, bronchitis, fever, constipation, hydropepsia, hemorrhoids and dermatosis in general.

Sitz baths: 20 to 30 drops are used, once or twice a day and it is highly recommended to reduce inflammation and relieve pain and itching caused by hemorrhoids, cystitis, and vaginal infections.

Dermal protector: In external uses, copaiba oil should be applied directly with friction and massage, since it is very effective and advisable in case of herpes, dermatitis and fungi, where its properties stand out par excellence as a true and powerful antifungal.

SIDE EFFECTS AND CONTRAINDICATIONS OF COPIBA OIL

Do not take doses higher than recommended.

Do not apply on eyes and mucous membranes or very large skin surfaces.